Our Thirty Third  Annual Membership Meeting and Luncheon was held on June 13, 2019 at the Bernardo Heights Country Club. 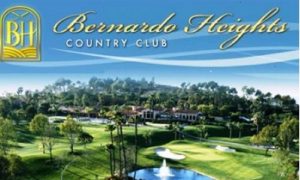 The Meeting began with an entertaining and educational talk about The Future of Europe After Brexit by Professor Ronald Bee. Professor Bee, who has an extensive background in European affairs – as a student, a government employee and an academic – offered us his perspective on the options and likely events that will shape the UK and the EU after Brexit. While no future scenarios are definite, the talk provided an excellent sense of which were plausible and which were arguably most likely.

Then, after a delicious lunch, there was a review of how NCC had fared over the past year with its finances, membership and programs.  Basically, we did very well on all fronts. Our financial performance was better than planned because expenditures were kept below budget. Our membership recruiting campaign also hit its target – signing up 157 members, which is essentially the same number as had signed up at this time last year. Programs were a great success. The atmosphere at the Thursday Morning Programs was exceptionally convivial and pleasant and the range of topics addressed by our Speakers was extraordinarily broad and far reaching. This success on all three fronts was only possible because of the excellent volunteer work performed by our Committee Members who were thanked during the review.

Next, awards were given to three Members in recognition of their exceptional contributions. Tom Reeve, who served as President of NCC for two years, received the Outstanding Member Award. Margot Laue, who served as the NCC Treasurer for the past two years, and Bob Ning, who chaired the Membership/Hospitality Committee, received Distinguished Service Awards.

Next was the election of the NCC Board for the upcoming 2019-2020 year. The recommendations of the Nominating Committee were accepted by what appeared to be a unanimous voice vote. Three new members joined the Board – Bill Crooks, Claudia Spencer and Joe Leonard – and seven current members were awarded new two year terms – Margot Laue, Jim Larrimore, Robert Meyer, Kiki Munshi, Robert Ning, Pat Reeve and Bill Davison.

After this the Annual Meeting was adjourned. All in all, it was a very pleasant afternoon!